There are movies that become part of our collective consciousness from the day they are released. However, Steve Mcqueen’s “Le Mans” was anything but a blockbuster when it was released, and has had a very special journey. It was brought back to life by the Zeitgeist after lying dormant for over 40 years. There is no doubt about it: In the year 2018, “Le Mans” is more of a cult classic than ever before. Two full-length documentaries cover the making of the film down to the finest details. Literature about the stripes and McQueen as the tireless engine behind it has spread like wildfire. McQueen’s expressive face – which was already brought back to life virtually in an advert for the Ford Puma in 1998 – is suddenly everywhere. And this time, as if the man was indeed still among us.

The vehicle fleet that was used back then for the film appeared largely protected from the ravages of time and instead ennobled by the passing of decades. However, sometimes looks can be deceiving, as was the case for the Ferrari 512 S (chassis 1026), which is now a showpiece in the collection of Pink Floyd drummer Nick Mason. Driven by Derek Bell, the car caught fire during filming and was reduced to its foundations, resulting in it being practically rebuilt around its chassis number. The Slate Grey Porsche 911 S with which Steve McQueen – who plays Michael Delaney – takes a leisurely drive through beautiful landscapes at the beginning of the film, is as good as new and preserved in shimmering condition by a German collector. And the Porsche 908.02 has been restored using every trick in the book. This car was mounted with three Arriflex cameras and used to capture the real 24 Hours of Le Mans in 1970 over more than 10 kilometres. This footage was then cut into the fictional plot of the film where required. One of the drivers, Jonathan Williams, unfortunately passed away in 2014. But the other driver, Herbert Linge, still remembers it like it was yesterday: “The additional attachments, which were integrated very skilfully, added an extra 40 kilograms to the car. This barely affected the balance and speed – there was a lot of nonsense written about this.” Nevertheless, the Porsche crossed the line in ninth place bearing start number 29. However, according to Linge, it was disqualified due to an alleged rule violation. In any case, only the first seven places are included in the rankings, which stipulate a minimum distance. 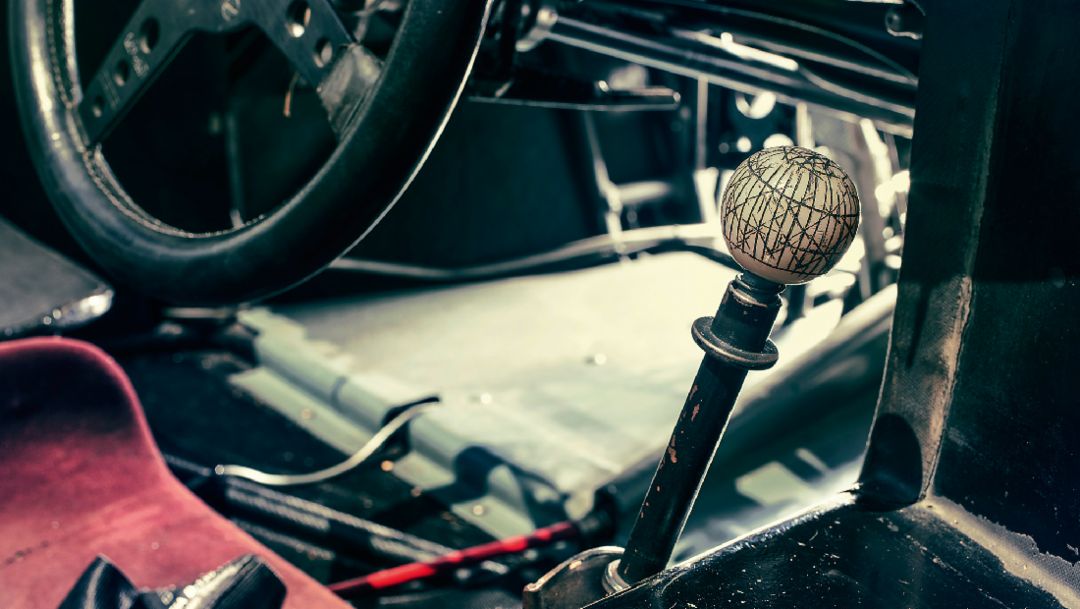 The actual filming on location, an unending saga, took five months. Other racing cars had to be used as camera carriers, some of which were modified with bizarre exoskeletons to hold the Arriflex cameras. In the meantime, the 022 was resting in a garage. This car already had an accomplished racing youth behind it. It began its career as a factory car at the 24 Hours of Daytona on February 1 and 2, 1969 as a long-tail Coupé in White with a yellow nose, driven by Kurt Ahrens and Rolf Stommelen. It dropped out after half of the 626 laps, like some other Porsches at this event. An idler wheel in the camshaft drive was broken, made from aluminium with steel surroundings. After extensive work in the factory and now with an open top, it appeared in Arizona in December of that year. Now under the ownership of McQueen and bearing the label of his film company, Solar Productions.

In February and March of 1970, the superstar took part in four races and won two of them. His debut at the Holtville race track with number 66A was incredibly encouraging, as he won the race and set a new lap record, knocking two seconds off the previous record and dominating the entire field. McQueen considers himself to be a gifted driver, and this has been proven to be true. Not least by his performance at the 12 Hours of Sebring on the third weekend of March in 1970, where he was able to secure second place. Nevertheless, his renowned partner Peter Revson was able to achieve the better times of the two. And US icon Mario Andretti, who won the race in a Ferrari 512 S together with Ignazio Giunti and Nino Vaccarella, rumbled that these film types might want to stay out of his sport.

The automotive extra who turned himself into a star

After the film episode, the 022 was bought by Hans-Dieter Weigel from the German team Auto Usdau. In 1971, the car took part in four 1,000-metre races and Le Mans, and in the following season it only took part in the Sarthe Marathon. In 1973, Weigel sold the car to his former mechanic, Lothar Ranft, who passed it on to Guillermo Ortega from the Ecuador Marlboro Racing Team. In Le Mans, Ortega managed to achieve a remarkable seventh place in the vehicle together with his fellow countryman Fausto Morello. The car’s last use in Le Mans in 1974 certainly didn’t go off without a hitch – as it experienced a severe crash in the late hours of the night. On August 22, 908 fan August Deutsch bought the abandoned car from an employee of Porsche Salzburg minus the engine and the gearbox. First of all, he only intended to use it for spare parts for another 908.02 (chassis 018).

It was first brought back to life in 1980. Nevertheless, Deutsch has a slightly lax policy when it comes to authenticity: The 022 was fitted with a so-called Lotterschmid body, and the drive train contains a biturbo six-cylinder engine from Porsche and a 935 gearbox. Between August 1982 and October 1988, the car made an appearance at several races in Germany and Austria with this configuration. The next ten years were a temporary period of retirement. Then Hubertus Graf Dönhoff, founding father of the AvD Oldtimer Grand Prix, called asking if Deutsch wanted to bring this sleeping celebrity back to life on the Nürburgring. But there was one condition – it had to be restored to its original state.

And so it happened: On August 5, 2000, after two years of precise, detailed work, Deutsch himself took to the start line in the purified Porsche 908.02 – 022 in the race for historic European sports prototypes. Of course, the film career of the illustrious second-place finisher was duly emphasised. Since then, he has been viewed as one of the gems of the scene – the automotive extra who turned himself into a star.


One of the gems of the scene

Warehouses have something magical about them. So does the Porsche one.

“I might be a little bit car-crazy…” Coming from Fredy Lienhard, this is quite possibly the understatement of the year.