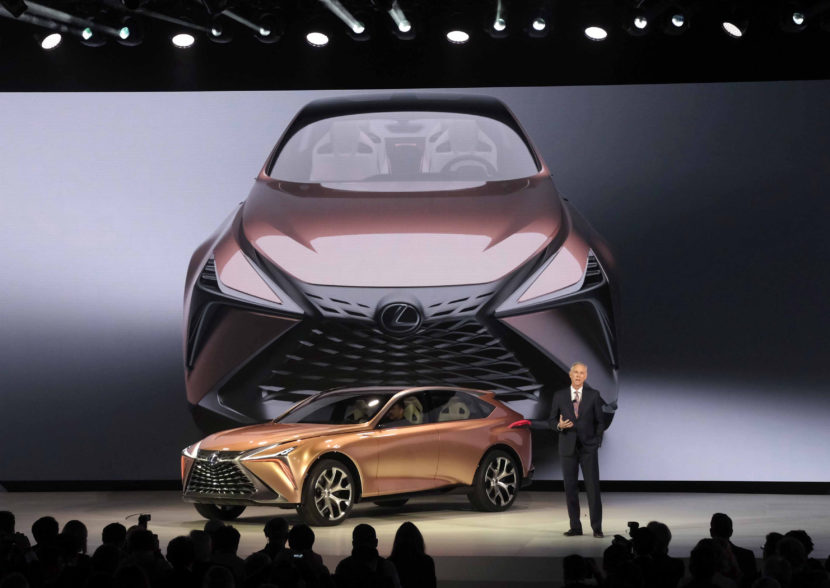 At its price point, the BMW X6 M is a tough SUV to beat. At around $100,000, the only other performance SUVs that compete are the Mercedes-AMG GLE63 Coupe, Porsche Cayenne Turbo and the Jeep Grand Cherokee SRT8. If you want a faster SUV of its size, you have to turn to Lamborghini or Bentley. However, there may be an option from Japan in the future, as there’s word that Lexus is planning on a high-performance SUV that could make around 660 hp.

Lexus isn’t the first brand that comes to mind when speaking of performance brands. However, it’s been getting better in recent years, with cars like the GS F and the new LC500 surprising a lot of enthusiasts, including this one. Still, the idea of a Lexus SUV with more power than a Lamborghini Urus is a bit shocking.

According to Jalopnik, who recently got its info from a Japanese enthusiast site Spyder 7, Lexus is planning on this BMW X6 M-rivaling super SUV to hit market in 2020. Though, remember that Japanese car rumors are often over exaggerated and rarely come to fruition. I’m still waiting on the bone-stock 800-hp Toyota Supra.

Still, it’s interesting to hear and this might be the most realistic of Japanese car rumors we’ve heard. Lexus is trying very hard to break into the performance car world that’s so dominated by the Germans. So the idea of a performance SUV from Lexus is a bit wild but not so wild that it’s outside the realm of possibility. Especially when you consider that Lexus would be making the performance SUV out of a new flagship SUV, with a design similar to the Lexus LF-1 Limitless concept (seen above) that will normally use a twin-turbo 3.5 liter V6 making 425 hp. So it seems a bit more realistic than a 911-fighting Mazda RX-9, or some of the other wild rumors about Japanese brands.

It’s said that this BMW X6 M-fighting Lexus SUV will cost around $150,000, which is more than the Bimmer but still significantly less than the Lamborghini or Bentley. I will say this, though, if you can handle having considerably less size or luxury, don’t bother with any of these aforementioned SUVs and go with the Alfa Romeo Stelvio Quadrifoglio. If you’re looking for performance in an SUV, that’s as good as it gets and it’s cheaper.