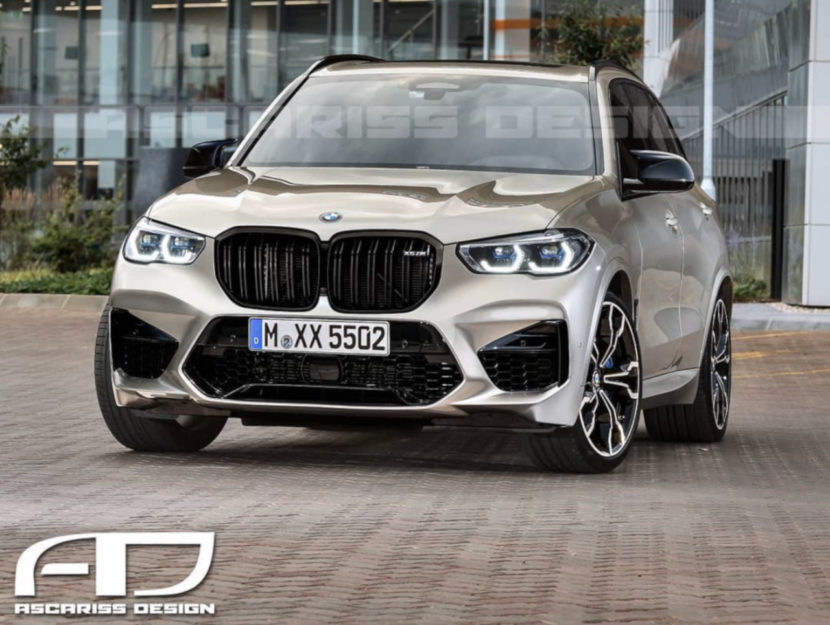 The 2020 BMW X5 M will be introduced later this year and will arrive on the market in early 2020. The current-gen BMW X5 M is already getting a bit old, having debuted a few years ago now. Since its debut, there have been a few new competitors to hit the road, such as the new Alfa Romeo Stelvio Quadrifoglio, the Mercedes-AMG GLE63 S and the Audi SQ7 TDI. And that’s not even counting some of the uber-SUVs on the market, such as the Bentley Bentayga, Lamborghini Urus and Tesla Model X.

The top version of the new BMW X5 M will be technically related to the F90 M5, and just like its predecessor, so expect the engine technology, transmission and some other tech bits to be similar to those in the sports sedan.

Behind the powerful double kidney of the BMW X5 M works the most recent upgrade of the 4.40 liter V8 TwinTurbo. The engine offers in the M5 F90 a smooth 600 hp and up to 750 Newton meters of torque, which should also apply to the “entry level” of the new X5 M. Just as in the case of the power sedan, the new X5 M SUV will also be available in an even more powerful versions. Performance enthusiasts can expect to see an BMW X5 M Competition with around 625 hp and a suspension geared more towards the racetrack.

All variants come as standard with the all-wheel drive M xDrive, which distributes the power of the eight-cylinder fully variable and extremely fast between the axles. The Active M differential also allows active power distribution on the rear axle.

Design wise, the 2020 X5 M is based upon the beautiful G05 X5, but of course, with the necessary M upgrades. As seen in this rendering by Ascarissdesign, the front apron gets two large air intakes, a redesigned bumper, blacked out kidney grilles, wider fenders and a lower center of gravity.

In the back, expect to see a roof spoiler, a sporty diffuser and dual twin pipes with a larger diameter than the regular X5.

Without a doubt that this year belongs to the X family, so along with the future X5 M, BMW will also sell the recently unveiled BMW X3 M and X4 M crossovers. An X6 M is also expected to join its M brothers in 2020 as well.